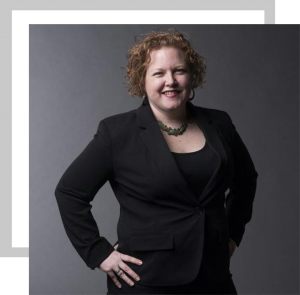 Attorney Jessica Piedra has more than 15 years of experience in assisting immigrants in their legal journey.  She began while still in high school, helping to start the first English classes in Johnson County. She then went to college in Chicago, Illinois at DePaul University where she studied Sociology and Spanish. She finished her degree at the Universidad Autónoma de Yucatán, México. When she came back to Kansas City, she started working in an immigration law office as a legal assistant and in the immigrant community as an organizer for civil rights.

She then attended the University of Missouri – Kansas City law school. She continued working in immigration law and in civil rights, receiving the Del Corazon award for her work in the community.

While in law school, the law changed and she was able to start the process for her then-undocumented husband. The time came for his appointment in Ciudad Juarez. Her family prepared for what they thought would be a four-month separation from his wife and two small children. It was not until eleven months later that their waiver was finally approved and he could return to the family.

Jessica graduated from UMKC in 2008 and began working for Legal Aid of Western Missouri helping immigrants with their tax issues. Later, she returned to immigration law and then launched her own firm in April 2016.

For any type of query please fill out the
following form: